Top things to do and see in Zacatecas, Mexico

In Zacatecas, in the center of Mexico, it seems to be in a colonial city where time has stopped at the time of the conquest. Here are the top things to do an see in Zacatecas, Mexico.

The center of Zacatecas has remained the same since no new buildings and new roads have been built; extreme poverty has ended up crystallizing time and space.

The result is a beautiful historic center, Unesco World Heritage Site, where the signs are painted on the walls with typographic characters from another era, the bars have the saloon doors and you breathe a tired calm that does not seem real.

Zacatecas is at the center of an important tourism project that opens up unknown places in Mexico for visitors.

The city has been entirely illuminated with warm lights coming from below: in Zacatecas, you will not find lamps but lighthouses set in the stone of the sidewalks that create a golden atmosphere similar to a dream. The flower’s color together with the gaudy facades of the houses and the pink stone of which the city is made.

Unique things to do in Zacatecas

Every weekend in Zacatecas a Callejonada is organized. The streets and streets are crossed by bands that match the rhythms of the Zacatecan tamborazo and mules loaded with Mezcal. People follow her by drinking for free and dancing.

The curious and amazing thing is that organizing these street parties are private citizens who want to share something beautiful: a return, a departure, a wedding, a birthday or an engagement. Every weekend there is an opportunity to celebrate. 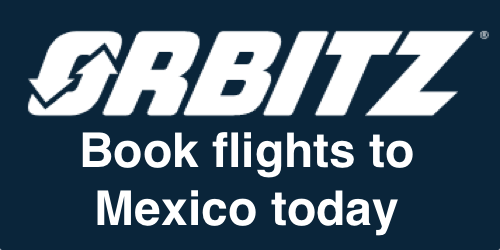 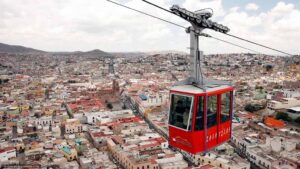 A cableway open every day connects Mina El Eden to Cerro de la Bufa flying over the city and giving a poetic image of low and colored houses in a narrow valley from the mountains around.

After having crossed the main road that goes through the Cathedral, the covered market in Art Nouveau style and the Calderon Theater is time to get lost in the streets and streets. Go up the stairs to get a different perspective on the hills covered with colorful houses that seen from here to seem less orderly and the awareness of being in the extreme south of the American continent is more intense

The Rafael Coronel Museum is dedicated to traditional Mexican masks. To visit you have to pay the ticket or otherwise enjoy the outdoor spaces of the former ruined convent. You stroll between bougainvilleas and cactuses, between ancient walls and chapels without the roof. There is also a corner with benches, perfect for reading a bit in absolute peace.

Among the museums to visit the Museo de Arte Abstracto (in a former prison once a convent) and the Pedro Coronel with its incredible location and collection of contemporary art.

Not far from the main street of Zacatecas there is a bar stopped in time. Actually, only in 2005 Las quince Letras was frequented exclusively by Charro and the entrance was forbidden to women. Now it has retained its popular character, it is still frequented by Mexican cowboys with thick mustaches, but exhibits works of art by local artists and is open to women and visitors.

The only music you will hear in Las quince Letras is the traditional one, which you can also choose from the jukebox.

Here’s other posts that may interest you:

20 Things to do in Cancun, Mexico

Top Things to do in San Miguel de Allende, Mexico

Every corner of La Leyenda is a work of art, a story, and a folktale. The owner gave space to local artists and collected objects, memorabilia, and trinkets for years. Between one course and another, you will have fun exploring every corner of the restaurant trying to steal the secrets of Muñeca and colorful skeletons in papier-mâché.

THE HOTEL IN A PLAZA DE TOROS

The bullring of Zacatecas, one of the first in Latin America, has been transformed into a charming hotel that is worth visiting just for a drink in the bar in the old stalls or in the restaurant on the ex-stands.

Zacatecas is a mining area where silver and copper are extracted. The former silver mine in the city center has been transformed into a museum and houses a bar and disco in the dark heart of the mountain. Open as a disco dance every weekend; during the week it is open as a bar.

Blacking out negativity and embracing life while traveling, exploring and making some good memories!

PrevPreviousTop things to see and do in San Miguel de Allende, Mexico
NextSelina in Puerto Escondido gives you an experience on top of first rate accommodationsNext