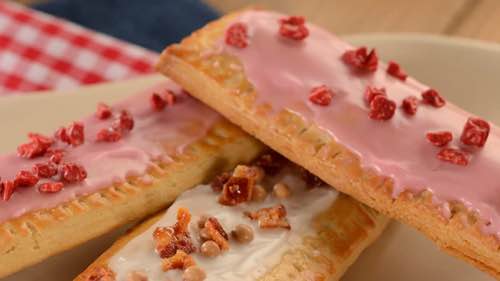 Mama Melrose’s Ristorante Italiano serves some of the best food at Hollywood Studios. This best restaurant in Hollywood Studios can be easy to miss. It is tucked away in a building behind Muppet Vision 3D. According to the story, Mama Melrose moved to Hollywood to become a movie star. As much as she loved acting, she truly loved cooking. The recipes used at this restaurant are the same ones Mama Melrose used to feed those within the film industry. A few favorites include spaghetti and meatballs, oven baked chicken alla parmigiana, and shrimp campanelle. Dessert must-haves include tiramisu and the cannoli.

If you are craving Italian cuisine, but don’t want to sit for what you think is forever at Mama Melrose’s, head over to Catalina Eddie’s. This quick-serve restaurant offers some of the best food at Hollywood Studios. You can even order your food in advance using the My Disney app. Personal pizzas are available, as are Caesar salads for those who are looking to eat something slightly healthier. Make sure you order the strawberry shortcake verrine for dessert, because it is the best thing on the menu. You may even want to order an extra one, because it will be devoured super quick!

One of the best places to eat at Hollywood Studios is the Sci-Fi Dine-In Theater Restaurant. This place to eat was designed to recreate the drive-in movie scenes from the 1940s and 1950s. There are tables throughout this Hollywood Studios restaurant. But if you want a truly unique experience, you must sit and dine in one of the vintage car replicas. The drive-in BBQ burger is an excellent choice when you are hungry. However, kids may prefer the chicken strips or the macaroni and cheese. No one in your family will be able to resist the Cookie Shake for a drink.

If you are the type of person who wants to spend more time on the rides than in restaurants in Hollywood Studios, I have the solution for you! ABC Commissary is one of the best quick places to eat at Hollywood Studios. You can grab lunch or dinner at this Hollywood Studios restaurant and be back to having fun in no time at all! A few of the favorite dishes include the BBQ rib platter, Angus bacon cheeseburger, chicken club, and the Mediterranean salad.

Breakfast at Hollywood Studios is the perfect start to any day. You won’t need to venture too far into the park to reach the Trolley Car Café either. This breakfast place at Hollywood Studios is at the junction of Hollywood Boulevard and Sunset Boulevard. They offer a large selection of breakfast sandwiches, as well as pastries and cinnamon rolls. Trolley Car Café also offers a large selection of desserts, including the carrot cake cookie. Yes, you can eat that for breakfast, and no one will judge you!

It is also important to mention that the Trolley Car Café is where Starbucks is located in Hollywood Studios. So, grab that venti coffee or Frappuccino and get your day started the right way at one of the best places to eat at Hollywood Studios!

The most popular breakfast food is the Lunch Box Tarts, which are similar to Pop Tarts. As for the other meals of the day, they offer fairly basic meals. A couple dishes everyone will love include the BBQ brisket melt and the grilled three cheese sandwich. You may want to try the totchos as well. They are potato barrels covered in beef and bean chili, queso, and shredded cheese.

There isn’t much of a view of any of the major attractions of the park at this cool restaurant in Orlando. However, the Baseline Tap House is an excellent place to eat, relax, and reminisce about the events of the day. You won’t find huge meals at this restaurant in Hollywood Studios. But you will find a charcuterie platter and Bavarian pretzel to fill you up. Those people in your group who don’t drink beer will want to try the black cherry soda or wild strawberry lemonade to drink. As you are sitting there relaxing, you may want to look around the room. There are plenty of vintage Disneyland posters to look back in time at.

If you are looking for a cool restaurant in Orlando to transport you back in time, check out 1950s Prime Time Café. You will find this best restaurant in Hollywood Studios at Echo Lake. With some of the best food at Hollywood Studios, you can’t go wrong with the sampler plate. It has the traditional meatloaf, fried chicken, and pot roast, so you can find your ultimate favorite. Of course, if you don’t want to try everything, you can order a full plate of one of those options. Just don’t forget to leave room for dessert. Their warm apple crisp a la mode, chocolate peanut butter layered cake a la mode, and mom’s brownie are all amazing!

The all-American dishes at Rosie’s All-American Café are quite popular. This is one of the best restaurants in Hollywood Studios. You can easily get your basic burgers and hot dogs here, which will please the pickiest of eaters. They even have chicken nuggets for those kids who will not eat anything else! At the end of your meal at this best place to eat at Hollywood Studios, you must try some of the chocolate verrine. It is chocolate mousse and chocolate cake combined to make one yummy dish!

Jenlyn is a content writer living in Ballston Spa, NY. She specializes in travel, business, technology, and Profit First, but will write about any interesting topic she finds. When she is not writing, she is spending time traveling, hiking, and camping with her husband and three kids