Where is Carlsbad California? 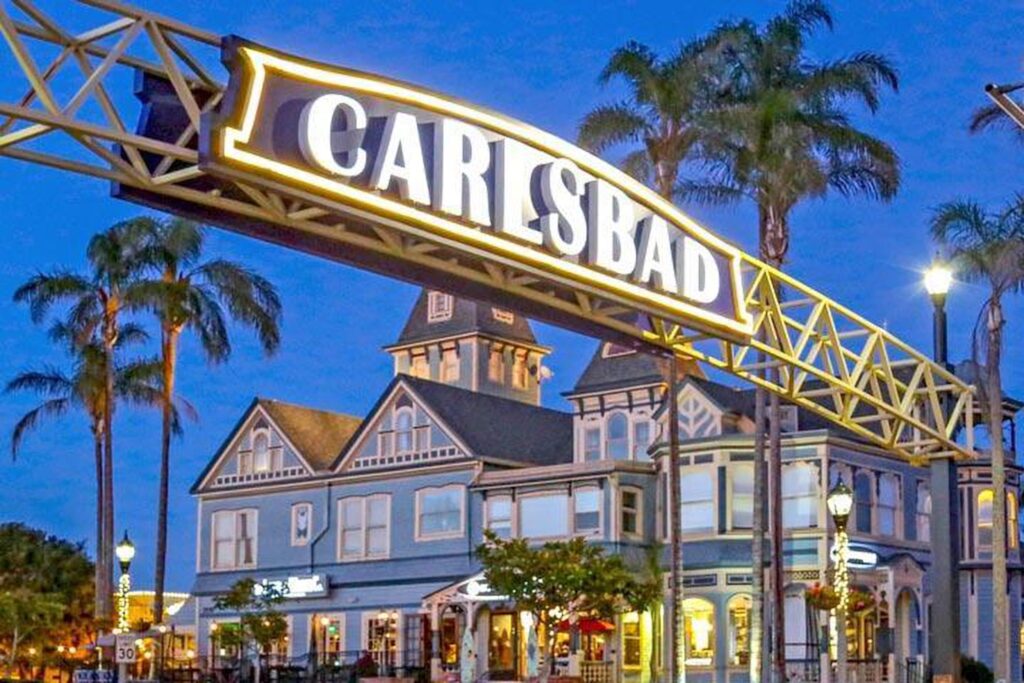 Carlsbad, California is a city located in San Diego County, on the Pacific coast of southern California. It is known for its beautiful beaches, world-class theme parks, and charming downtown area. But where is Carlsbad, and how did it become the popular destination it is today?

The land that is now Carlsbad has a long history dating back thousands of years. Native American tribes, including the Luiseño and the Kumeyaay, lived in the area for centuries before European explorers arrived. In the late 1700s, Spanish missionaries and soldiers established a number of missions in southern California, including Mission San Luis Rey de Francia, which was located just a few miles from present-day Carlsbad.

In the mid-1800s, the United States acquired California from Mexico as part of the Treaty of Guadalupe Hidalgo. The land where Carlsbad is now located was used primarily for ranching and farming. In the 1870s, a group of developers purchased the land and began to promote it as a health resort, due to the area’s mild climate and natural hot springs. They named the area “Carlsbad,” after the famous spa town of Karlsbad (now known as Karlovy Vary) in the Czech Republic.

Carlsbad’s early growth was slow, but in the early 1900s, the arrival of the railroad made it easier for people to visit the town. The city was incorporated in 1952, and its population began to grow rapidly. In the 1970s and 1980s, the city’s downtown area was revitalized, and several new attractions, including Legoland California, were built.

Today, Carlsbad is home to a number of popular tourist attractions, including Legoland California, the Carlsbad Flower Fields, and the Carlsbad Village Art and Antique Mall. The city is also home to several major companies, including TaylorMade golf, and has a thriving business community. It also home to one of the many San Diego tide pools.

In addition to its attractions and businesses, Carlsbad is known for its beautiful beaches and coastal lifestyle. The city has more than seven miles of coastline, and its beaches are popular for swimming, surfing, and other water sports. The city also has a number of parks and green spaces, including the Agua Hedionda Lagoon, which is home to a number of bird species and is popular for hiking, biking, and picnicking. Finally, the food and bar scene in Carlsbad is thriving, so check out the best restaurants in Carsbad.

If you’re wondering where Carlsbad, California is located, it’s just north of San Diego and south of Orange County. It’s easy to get to by car or public transportation, and is a popular destination for both tourists and residents alike. Whether you’re looking to relax on the beach, visit a theme park, or shop and dine in the charming downtown area, Carlsbad has something for everyone. Now that you know where Carlsbad is, here are the top things to do in Carlsbad California which among many things will be attending the Carlsbad Farmers Market.

Alicia was born in Germany. Her mum is from Hungary, and her dad is real Bavarian German – the perfect mix of great gulasch and even greater beer!

She studied graphic design, but now she’s a successful entrepreneur running hostels along the Mexican Pacific Coast for the last 10 years (Vivo Bonobo). She also enjoys helping other expats survive on their journey to their Mexican life.

She loves living in Mexico and has never regretted moving there.