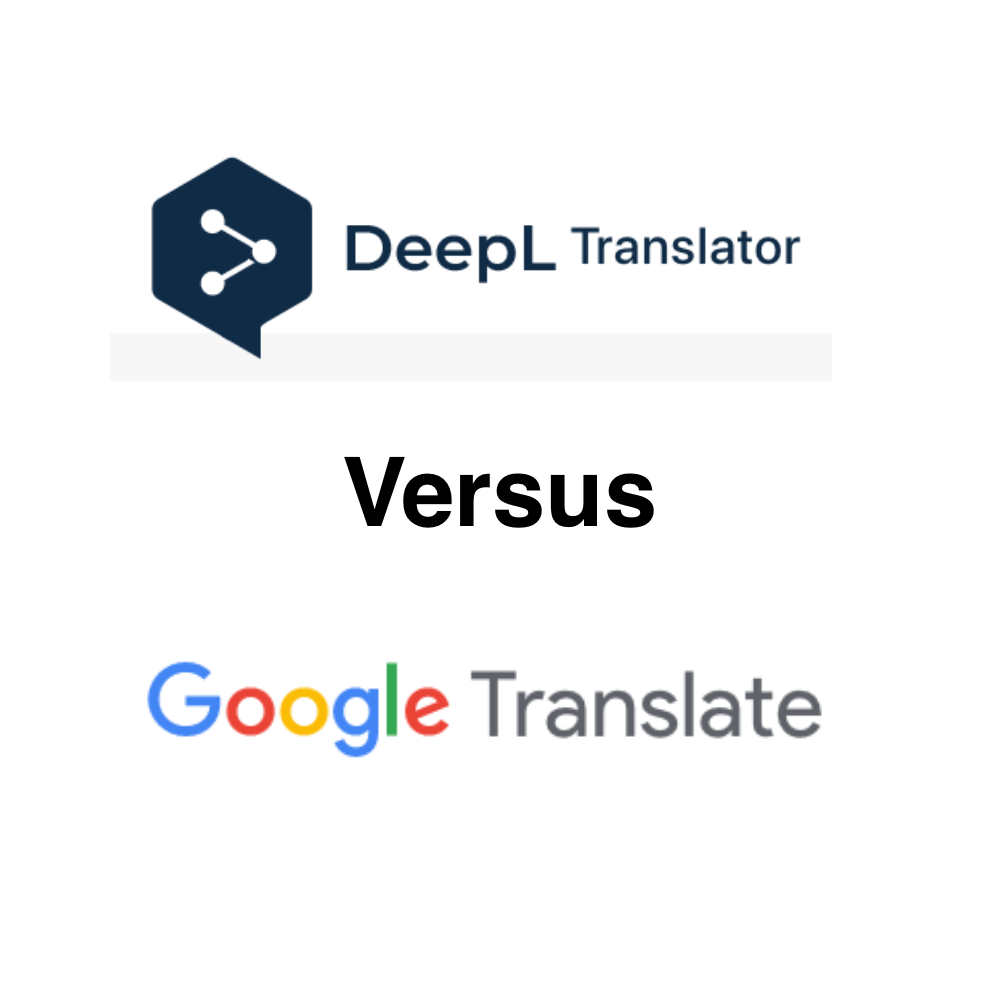 As an avid traveler, I have found myself in countries where I am limited with the language. I may know a few words to get by. But in those scenarios, I often rely on a translating program like Google Translate or Deepl Translate. Both are fairly simple to use. They each have their pros and cons though. Choosing translate Google is often the easiest on smartphones when you only need a few words or sentences. As for longer translations, let’s dive into which one of these two options are better.

Google Translate was developed by Google and launched for public use in April of 2006. It began as a statistical machine translation and is now considered a neural machine translation. The latter allows the program to translate entire sentences at the same time instead of piece by piece.

Deepl Translate was developed by Deepl SE, which is based in Cologne. They launched this neural machine translation program in August of 2017. In the beginning, this program only supported the translation of seven languages.

When I look at translation apps, I like to take three key areas into consideration. Translation accuracy is the main area, because accuracy is key when speaking to others. The other two areas include supported languages and the actual interface.

Let’s begin with translation accuracy. As with anything else, it is dependent on the language you are using when it comes to accuracy on Deepl Translate and Google Translate. Some languages are simply set up to translate better than others. This should improve over time, as translation apps continue to get better.

Currently though, Deepl Translate does much better at translating sentences and paragraphs. This translation app actually does an excellent job with slang and local idioms too.

When using the translate option on Google, there is often a little miscommunication with slang words and idioms. And those languages that rely on tone for the actual meaning of a word never gets translated properly on Google Translate.

With that being said, Google Translate works well on basics in any language, as well as popular languages like Spanish.

Deepl Translate may win on translation accuracy, but Google Translate is the clear winner for supported languages. When you translate via Google, you can choose from more than one hundred different languages.

Deepl Translate only has twenty-eight supported languages. That could be why they have been able to perfect their translation accuracy though.

Of course, while you’re traveling, you will be focusing on words, sentences, and paragraphs. In those scenarios, you may not always be able to pull up a webpage to get help with translation. This is where the Deepl Translate app and the Google Translate app can come in handy.

Deepl Translate vs Google Translate – Which is More Efficient and User Friendly?

When it comes to efficiency and being user friendly, Deepl Translate comes out on top all the time. Deepl Translate can easily translate words, sentences, and paragraphs in seconds. This is important to know for those times when you need something translated quickly.

Google Translate does not work quite that fast, which means you can be waiting around for a little while longer before getting your translation.

When it comes to which app is more user friendly, Deepl wins there as well. The interface on Deepl Translate is clean and easy to use. Google Translate offers more options and settings, which can become confusing when you need something translated immediately. However, those options and settings are helpful in certain scenarios, so make sure you know how to change them.

Since Deepl Translate utilizes artificial intelligence techniques for translating, it can simulate the human brain. This is why it is so much better than Google Translate when it comes to idioms and slang words.

However, the best feature on Deepl Translate is their online dictionary. Deepl is based on the online dictionary, Linguee. So, all you need to do is click on one of the more than one billion words to get the translation. This can be helpful if you aren’t quite sure how to spell the word to type it into the search box for translation.

Another amazing thing Deepl Translate offers is the ability to correct a mistake within a translation instead of needing to fix the entire thing. This may not be helpful when you are traveling, but it can be if you are using this program for something else.

Google Translate actually has two best features. The first feature is that it can import a document to translate. This can be helpful for menus at restaurants or informative brochures when traveling.

The other amazing feature that Google Translate has is voice translation. Translating words via voice translation with Google offers excellent results. However, translating a sentence or more via voice provides mixed results on occasion. Most of the time, you will receive a literal translation, which isn’t always what you are looking for.

While Deepl Translate doesn’t offer voice translation yet, it at least considers the context of the longer texts and translates them accordingly.

Which is Better – Deepl Translate or Google Translate?

Well, as I mentioned before, they each have their own pros and cons. Google Translate offers more languages to choose from, which is helpful while traveling. However, Deepl Translate’s quality and efficiency are something I prefer when I am away from home.

So, it basically depends on what you are looking for in a translating app. If you require translation in seconds, Deepl will be your better option. If you are traveling to a country with a lesser-known language, then Google Translate should be your go-to app.

Traveling can be a lot of fun, but only if you can communicate with the people you are with. Translating apps like Deepl Translate and Google Translate can be helpful in many different situations. I recommend trying them both out prior to your trip to see which one works best for you. And remember, translate Google isn’t always going to be your best option when you are away from home.

You may also like our article on digital nomad visa.

Jenlyn is a content writer living in Ballston Spa, NY. She specializes in travel, business, technology, and Profit First, but will write about any interesting topic she finds. When she is not writing, she is spending time traveling, hiking, and camping with her husband and three kids